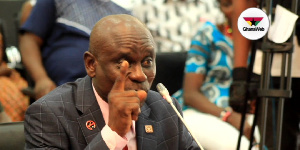 The government has justified the deployment of military personnel to the country’s border towns including the Volta Region, citing national security reasons.

This comes after the Volta Regional House of Chiefs called on government to withdraw the military from the region over complaints of intimidation by citizens of the area.

Residents in the Volta Region, as well as the opposition NDC, have been berating government over the deployment since the voter registration period till now, claiming the personnel were deployed to intimidate the voters as it is the stronghold of the main opposition.

But government maintains these deployments were not politically motivated, wondering why only people of the Volta Region keep raising concerns.

Speaking to Francis Abban on the Morning Starr, Deputy Defence Minister Major Derick Oduro (Rtd) insisted that the NDC has been complaining about military deployment for a long time.

“We’ve military deployment at the Northern border, Eastern and other places and they are not complaining so why is the Volta Region complaining?…the deployment is for our own good” and “we’ll not sit down for people who want their own interest so that terrorists can take over our country.”

He intimated that “when the people in the Volta Region talk about intimidation, they [military] don’t come to your house. They have an area of responsibility. Generally speaking, every step taken by the national security is taken in the interest of the nation and not a few.”

“It’s not true that people are being intimidated. This is not the first time security is being deployed before election, during, and after election to the Volta Region. The soldiers are in the Volta Region to provide security in the interest of the whole nation. It’s not intimidation,” he added.

If a woman loves you, she treats you like her son – Dzifa Sweetness