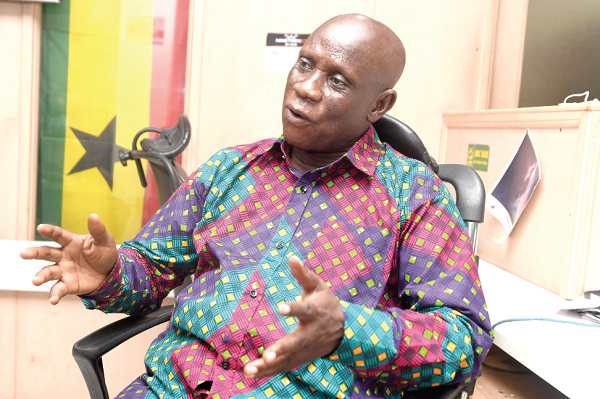 Outspoken Deputy General Secretary of the governing New Patriotic Party (NPP), Nana Obiri Boahen, is backing calls for a total overhaul of the current crop of the Executives of the party ahead of the next general elections to save the party from defeat.

“Election 2024 begins, let’s eschew rancor and acrimony among us. We should consider who to elect to become constituency, regional and national executives,” he spoke on Kumasi-based Nhyira FM in an interview monitored by MyNewsGh.com.

According to Nana Obiri Boahen, the selection of Alban Bagbin as Speaker of Parliament over NPP’s candidate, Professor Aaron Mike Oquaye should be a big lesson the party should take immediate steps remedy.

“This is a bad omen for a party which can affect NPP’s chances in the 2024 election if we don’t do things right and choose good leaders to steer affairs of the party,” Nana Obiri Boahen who is also a private legal practitioner told host, Nana Kwadwo Jantuah, while speaking to a wide range of issues.

NPP grassroots are heaping blames on the leadership for the state in which the party finds itself indicating that neglect and arrogance on their part resulted in the loss of several parliamentary seats.

Maverick Politician and Assin Central Lawmaker, Kennedy Agyapong, who agrees, says the party’s base was not treated fairly and going forward it’s imperative that such things do not happen.

He disclosed that contracts were given out to stalwarts in the NDC by Akufo-Addo’s appointees when people who had sacrificed for the party wallowed impoverishment and pain.

“Some things make me angry. Can you imagine that even Rawlings was given contracts? Look at the way we treated the party people. Look at the work Akufo-Addo did, he cannot do everything that his why he appointed these people but arrogance is what they satisfied. When Rawlings coughs then they start to run.”

NDC went into Speakership election with a strategy – Amoako Baah