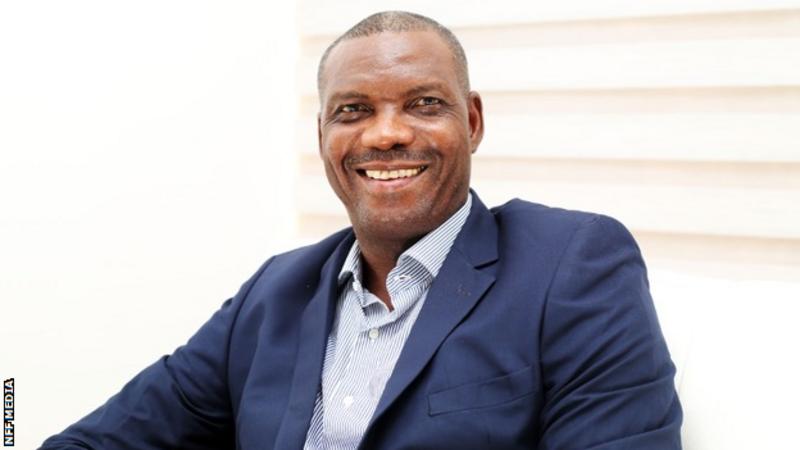 Eguavoen will take charge of preparing the team for the tournament in Cameroon, pending the appointment of a permanent coach.

BBC Sport Africa understands the Nigeria Football Federation (NFF) executive board concluded that Rohr ‘had created a toxic environment’, hence the decision to terminate his contract.

He nonetheless progressed the team to both next year’s African 2022 World Cup play-offs and Nations Cup.

Former international defender Eguavoen now has a third stint in charge of the Super Eagles, after managing the team from 2005-2007 prior to another stint as caretaker coach in 2010.

Rohr, 68, departs as Nigeria’s longest-serving manager after taking charge in August 2016 before leading them to the 2018 World Cup and a third-place finish at the 2019 Nations Cup.

But he came under intense criticism for poor results against lower-ranked opponents during 2022 World Cup qualifying.

“The relationship between the Nigeria Football Federation (NFF) and Mr Rohr has come to an end,” NFF general secretary Mohammed Sanusi said in a statement on Sunday.

“We thank him for his services to the Super Eagles and Nigeria.”

Rohr, a former Germany international, led the West African nation in 58 matches, winning 31, losing 14 and drawing 13 of those matches.

Highly praised for rebuilding the team between 2016 and 2018, the nervy performance of the team since 2020, lacklustre displays and Rohr’s conservative approach were heavily criticised by the local media and fans.

Meanwhile, former internationals Augustine ‘Jay-Jay’ Okocha, Nwankwo Kanu and Garba Lawal have been appointed to provide ‘technical and ambassadorial’ support for the crew.

In Nigeria, fans have reacted to the NFF’s timing and choice of coach with a mixture of outrage, incredulity and even fury.

Although some people disagree with the return of Eguavoen, others back him to turn things around at the Nations Cup which starts on 9 January.

Nigeria have been drawn in Group D along with seven-time champions Egypt, Sudan and Guinea-Bissau.