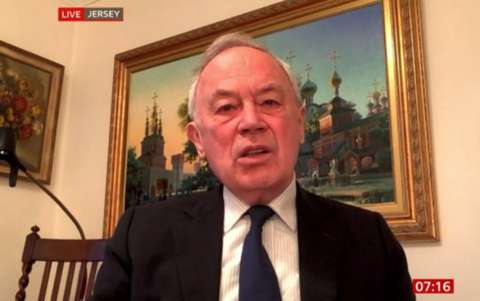 The former UK ambassador to Russia says a diplomatic solution to the Ukraine crisis will be impossible as long as Vladimir Putin remains in power.

Sir Andrew Wood told the BBC, Putin cannot “recognise what a diplomatic solution would be” and noted “his word is obviously worth nothing”.

“A diplomatic solution for him would be not just us saying that we aren’t going to invite Ukraine into Nato, it would be accepting his total control of that country,” Sir Andrew said.

Addressing the question of sanctions, Sir Andrew called for a full package of measures to be imposed against Moscow immediately.

He urged western leaders to target Russian banks and to bring an immediate end to plans to make the Nord Stream 2 gas pipeline operational.

He added that the recognition of separatist regions marked a dangerous moment for Putin, noting that “the people of Russia do not want war” and said that “they are not as enchanted with Putin as they once were”.

We should not hesitate to take action – UK minister