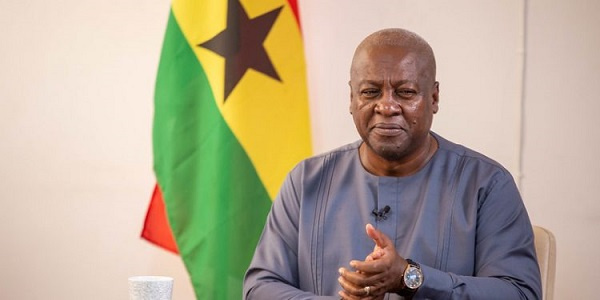 The Presidential Candidate of the National Democratic Congress (NDC) John Dramani Mahama lost a lot of votes in the 2020 elections because of the lack of clarity on his position on the implementation of the Free Senior High School programme, Pollster and Managing Editor of the Dispatch, Ben Ehpson has said.

Ahead of the elections, Mr Mahama stated on several occasions that he was not going to cancel the Free SHS programmme if he won the elections.

He explained that he was rather going to end the double track system by expanding infrastructure to accommodate all the students benefiting from the programme.

Mr Mahama further called on Ghanaians to reject the claims against him that he was going to abrogate the programme.

But speaking on the Key Points programme on TV3 on Saturday, January 16, Mr Ephosn told host Abena Tabi that the Ghanaian voter has become sophisticated.

He said, “Ghanaians are becoming adept at voting skirt and blouse, deciding that they will punish the MP and vote for the president.”

“I have started doing research in 2021 and one of the things which is coming out is that because of the lack of clarity from the NDC’s candidate John Mahama on the free SHS, parents who have kids going into free SHS and who have kids in fee SHS especially the swing voters, may have decided that they will vote out the NPP MPs but because they want to take advantage of the free SHS they voted for President Akufo-Addo.”

“So you can see that Ghanaians are becoming sophisticated, they know what they want and going into 2024 it is going to be very interesting because clearly, Akufo-Addon knows he is exiting, he knows there will be problem choosing the party’s candidate, the NDC may want to have John Mahama again.”

Meanwhile, Mr Mahama has filed a petition at the Supreme Court challenging the results of the elections.

In the view of Mr Mahama, no candidate won the polls. He has, therefore, asked the apex court to order a rerun of the elections.

Nurse opens up on patients dying at Ga East hospital