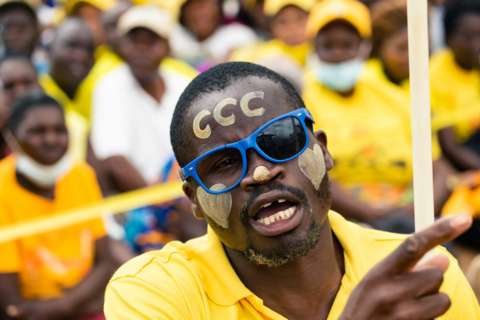 At least 80 supporters of an opposition party in Zimbabwe remain in detention after they were arrested in the city of Masvingo over the weekend.

They were rounded up ahead of a rally in the capital Harare on Sunday, which launched the Citizens Coalition for Change (CCC) party’s campaign for parliamentary by-elections next month, the party said.

It’s not clear if they’ve been charged.

The CCC is led by Nelson Chamisa, the former leader of the opposition Movement for Democratic Change (MDC) – which has suffered numerous splits since it was founded more than two decades ago.

Thousands of Mr Chamisa’s supporters – many wearing T-shirts in the party’s colour, yellow – gathered to greet him in Harare as the party held its first big rally ahead of the by-elections.

The elections in March are for nearly 30 parliamentary constituencies, as well as local authority seats.