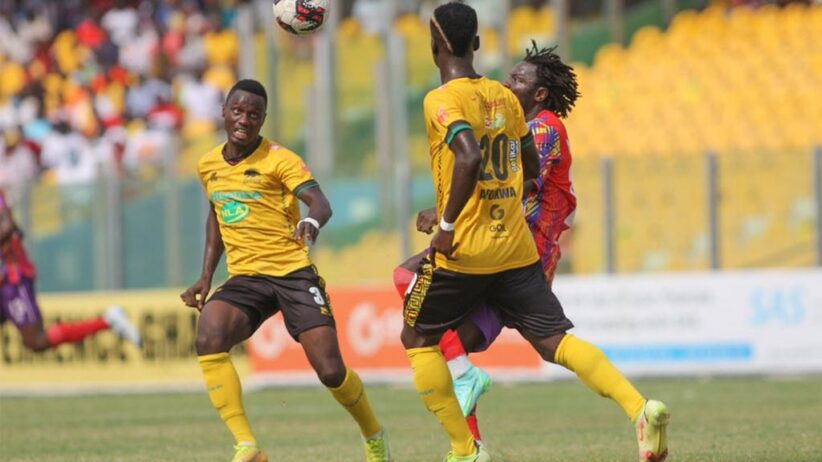 Hearts of Oak coach Samuel Boadu believes Asante Kotoko had absolutely no way of registering a win in their Ghana Premier League showdown on Sunday.

The arch-rivals rekindled their rivalry in a postponed matchday seven fixture at the Accra Sports Stadium, the match ending in a 0-0 draw.

The clash is the most anticipated game of Ghana’s domestic football calendar, owing to the team’s status as the most successful clubs in GPL history and the two outfits with the biggest fanbase in the West African country.

“This was not one of our best games, our best game of the first round was against Legon Cities, if we had used our junior team (Auroras) against them today, Kotoko can still not score us,” Boadu said at the post-match press conference.

“This was not the true reflection of the game, you could see that we created a lot of chances, it was just unfortunate that we couldn’t punish them.”

Asante Kotoko coach Prosper Narteh Ogum, on the other hand, believes the visitors could have left Accra with three points had they been more clinical in front of goal.

He said: “It was a wonderful performance from my side, we looked very compact, we played some good possession in the middle of the park, created a few chances we could have scored but then we couldn’t convert them.

“The chances came but then we couldn’t convert. Sometimes that is how the game is: you get your chances, you don’t convert them and sometimes you lose and sometimes too it ends in a stalemate.

“So even though we’ve been scoring two, three goals in every game, I think we had the chances, but we were unable to score, so it’s okay.”

Kotoko sit seven points clear at the top of the league table in their chase for a first title since 2014.

Hearts, on the other hand, hold the seventh position as they look to defend their title won last season

‘Ronaldinho did what Nigeria legend Okocha had done 10, 15 years before’ – Eto’o